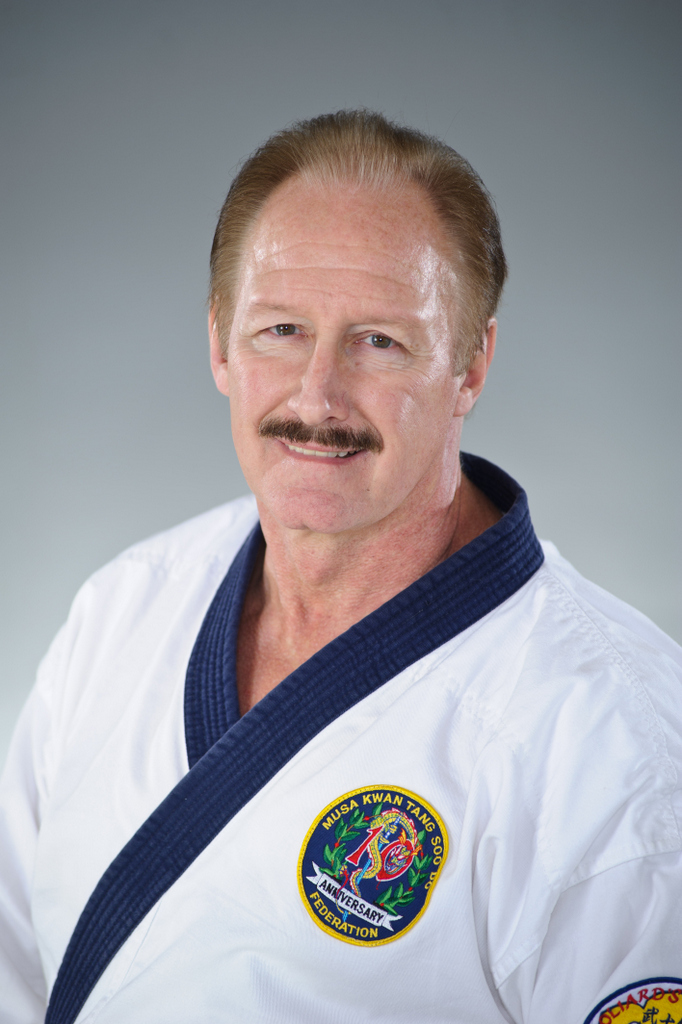 Cary Tang Soo Do is a proud member of the Mu Sa Kwan Tang Soo Do Federation founded and lead by Grand Master Greg Boliard.

Grandmaster Boliard began studying Moo Duk Kwan Tang Soo Do in 1969. He received his 1st degree Black Belt in 1974 and has been teaching the art since that time. That same year, he also received his Bachelor of Science in Education degree from Eastern Michigan University.

On September 29, 2001, after 27 years of teaching, Grandmaster Boliard received his 8th Dan at a testing at his dojang from his instructor, Grandmaster Jae Joon Kim.

Grandmaster Boliard also spent more than 13 years studying the art of Iaido (Samurai Swordsmanship) and classical weaponry. Six of those years were under the mentorship of John Viol Shihon. In 1996 he received his shidoin (license to teach) after an eight month Instructors Training Program directed by John Viol Shihon.

With his background in physical education and over 20 years experience in coaching middle school, high school, and junior college athletes, Grandmaster Boliard has orchestrated and promoted bodybuilding contests, volleyball tournaments as well as martial arts tournaments and has conducted a wide variety of seminars for more than 25 years.

The Mu Sa Kwan Tang Soo Do Federation was founded to preserve the rich heritage of Tang Soo Do. The Federation will provide the foundation for its members to gain an in-depth understanding into Tang Soo Do philosophy, fostering a well-rounded, quality-based program inclusive of the many aspects of Tang Soo Do. In addition, it will encourage growth of the spirit of martial arts within each of its members.

The Mu Sa Kwan Tang Soo Do Federation prides itself on ensuring consistency and technical accuracy in all areas throughout the Federation. It is expected that the members of the of the Federation strive to maintain the highest levels of proficiency. It is the responsibility of the Federation as a whole to ensure exemplary performance. Encouraging quality achievement levels through consistent training and testing methods guarantees that future generations of martial artists will be guided by the same historically accurate information utilized in teaching the very first students of Tang Soo Do.